Building a Computer with No Experience

This summer, I had the pleasure of building my first computer from scratch. Ain’t she a beaut? 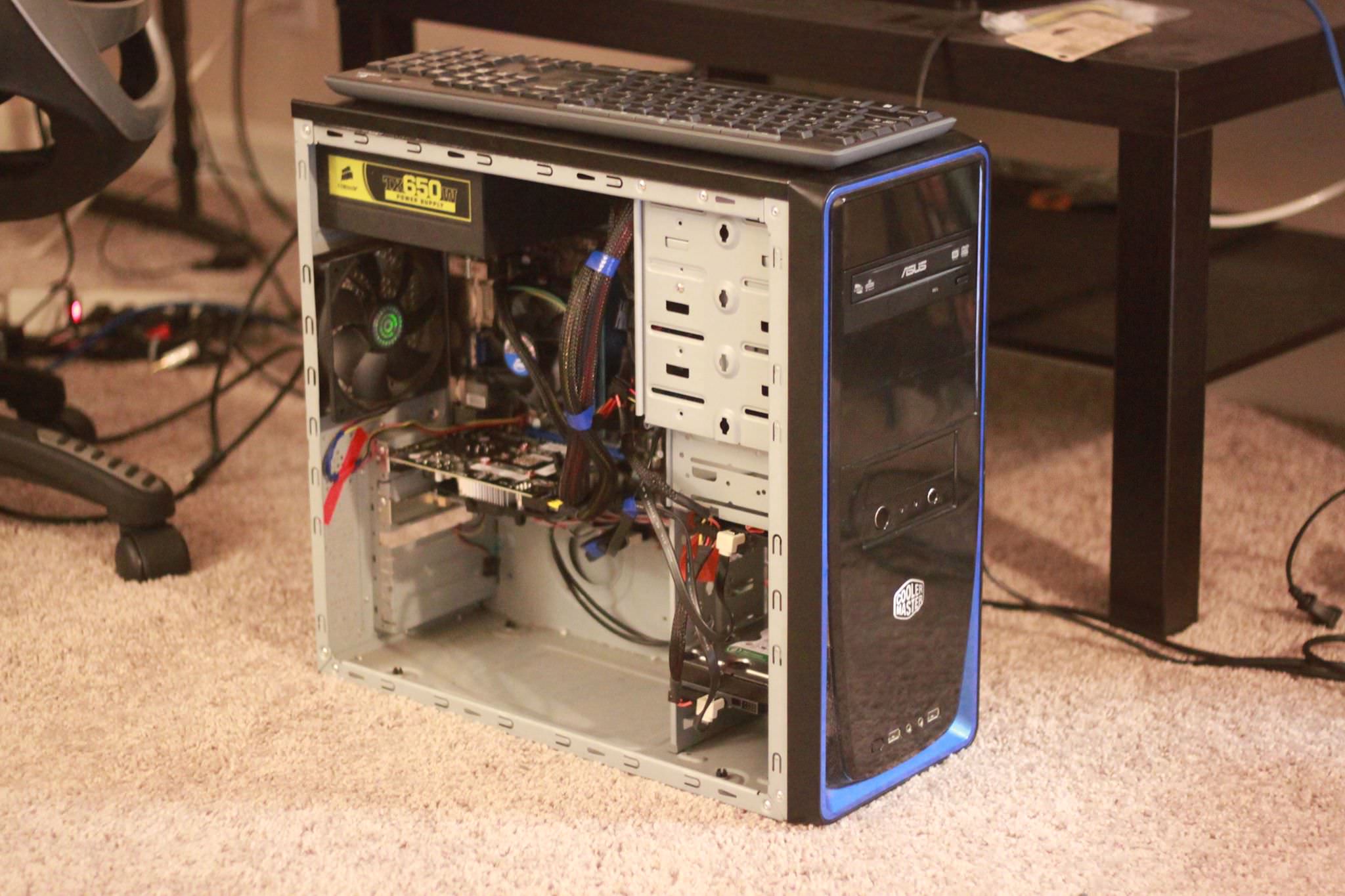 To be honest, when I first set my mind to do something like this, I wasn’t exactly confident. The one time I actually tried to do something hardware related before this was replacing the RAM on my Macbook Pro, and that was a complete disaster. (Note to self: always research before you buy.) I was more or less afraid that the same thing would happen with this project as well, but on a much larger scale.

See, when it comes to computers, I’ve always felt more like a psychologist in a way. If you asked me about the human mind and its intracacies, I would be way more comfortable answering that than actually doing brain surgery. And that’s what this whole task felt like: a small, $700 dollar brain surgery in which I had no prior experience before this attempt.

So why the fuck did I end up going through with this?

Well, I actually had three reasons for building this computer:

That last reason sounds like bullshit but I assure you that it’s not. You don’t know me (at least in person), and you don’t know how hot my hands can get.

The purpose of this blog post is to both explain the highlights of my build process while also giving tips to newbies who have no idea what they are doing.

Here’s the list of parts I used for my first build. I actually went with my dad to get some parts that were on sale at Fry’s, and he actually gave me a barely used cased and PSU for free, which really helped with the costs. In case you aren’t familiar with the essential parts of a PC, here they are with descriptions in hopefully layman’s terms:

Now it’s absolutely CRUCIAL that you make sure your parts are compatible with each other! Not all RAM will work on different Mobos, and not all Video Cards can fit in the slot you want it to fit in. Make sure you double and triple check, because you don’t want to buy the part and get effed over. Speaking of buying parts, one the best places to buy parts is Newegg, so be sure to check that out if you can. On that note, here are the parts I got:

The grand total for all of these parts was around $700, which I personally think is pretty good for a first build. If you’re building your first computer too, I probably wouldn’t go beyond $1000 just because I think you can find a way to not spend that much money. But that’s just my opinion.

Probably one of the most important things for building a computer is cooling and airflow. A computer can get pretty hot, so decidng whether you want to use the stock fans or buy a completely OP one is something to consider when making a build. For me, I didn’t really have a need to spend money on an entirely different fan, simply because the stock fan was good enough for what I needed and because I didn’t mind the noise. Also, relying on a stock fan is easy because the thermal past is preapplied; I didn’t have to spend money on more thermal paste for the CPU.

Thermal paste, by the way, is just a paste you apply to the CPU, which can then kind of stick onto the fan. This allows the CPU to be cooled a lot faster.

If you do use fans, make sure your cable management is really good. Basically, you don’t want a bunch of cables to get in the way of the fans blowing hot air out of your computer. Doing so will ensure that your computer runs on maximum efficiency, and it also makes upgrading your computer much easier later (it’s never fun messing around with tangled cables or cords).

There is one alternative to cooling, but it’s generally considered a hassle and only for the true hobbyists. If you’re interested, look into watercooling and attempt it if you’re brave enough. I wouldn’t try it for my first build though: water cooling, although it looks cool and is ninja silent, can make things a bit more complicated if you don’t know what you’re doing. It also has the potential to link all of your pretty components, which isn’t fun at all.

Also, if you want to use HDMI ports on your TV with your computer or something, make sure either your motherboard has one or you get a video card. You use an onboard HDMI port versus a video card one, you probably won’t see too much of a difference to be honest. However, if you try to play games or something, you’ll definitely notice a gap in the framerate.

Since the entire process of building something like this was completely new to me, it took a lot of googling, youtubing and asking friends to finish the complete build. The process would be quite boring to write out completely, so instead, here are some of the good and bad “highlights” of the build itself.

In the end, I would have to say this experience is something everyone should at least attempt once, on a team or as an individual endeavor. Sure, it seems daunting and everything, but I literally didn’t know shit about hardware before I attempted to do this and now I’m like not that bad! Once I make more money, I think I’m going to try and build a Hackintosh or something (a Mac made from custom parts), but that won’t be for awhile. I’ll probably write a similar blog when I do, but until then, good luck to everyone on your first builds! Hopefully, it’ll be less scary now that you’ve read this.

Here are a couple of links that helped me out when building this computer. May you use them wisely.

Back to the top 👆